One of the things I realized when I first started to create this site, is just how important this holiday is to the world and especially the United States.  Below are some interesting facts and trivia about Mother’s Day.  You may or may not know these things, but I found them very interesting.

However you and your mom enjoy Mother’s Day, make it special.  Make it something that shares the love and admiration you have for your mom.  This goes for not only daughters, but for sons because sometimes sons just don’t show their mom just how much they love them.

One estimate out there says that if you calculate up in professional dollar amounts all that a mom does for us, it would come to more than $65,000.  Honestly, I would think it is much more than that, but all too often, our moms don’t get the credit they deserve.

In the bible, Eve is credited with being the Mother of all the Living.
In many languages, the word “mother” begins with the letter M.
Origin of the world mother comes from the Latin word ‘mater’.
Many years ago, children wrote letters to their mothers in church to observe Mother’s Day 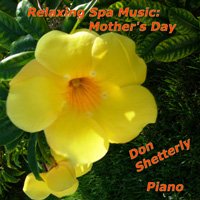